One man.
Multitudes of characters.
Your imagination.

Jo Taira has created an inimitable fusion of puppets and drama in a one-man format. He writes, directs, scores and performs his own shows as well as designing the puppets.

He became the youngest-ever winner at the Japan Puppet Theater Awards, netting the Silver Prize for his acclaimed take on Shuji Terayama’s avant-garde classic “La Marie-Vison”. His numerous other awards include a special prize by the Japanese government for one of his original works.
In 2011, he was invited by the Ministry of Foreign Affairs to perform in the Palestinian Territories, becoming the first Japanese artist to tour the region.

He has also created and staged new works on commission by Tokyo Bunka Kaikan, the Kanagawa Arts Theatre and others.
He performs “The Wonderful Wizard of Oz” regularly at the New National Theatre, Tokyo and has taken his wide repertory around Japan and abroad.

Jo’s stylish take on Shuji Terayama’s avant-garde classic about the complicated relationship among a manipulative transvestite prostitute, her restless son and a loyal servant. The adult-oriented (R-15) show has lost none of its power to shock in its provocative examination of societal norms, highlighted by Jo’s skillful embodiment of both the repressor and the repressed. His award-winning production has been performed nationwide in frequent revivals and has become one of his signature works. 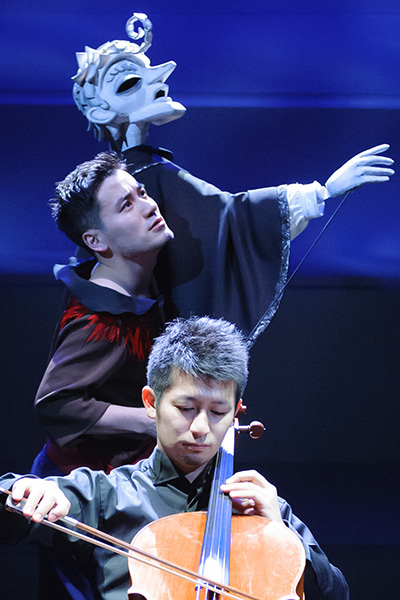 This acclaimed production was created in collaboration with renowned cellist Dai Miyata. Jo plays all roles in an inventive and insightful interpretation of the familiar tale using a unique stained glass motif. Miyata’s exquisite accompaniment further explores the psychological state of the characters from a musical perspective, bringing a new dimension to Shakespeare’s words. An unforgettable theatrical experience. 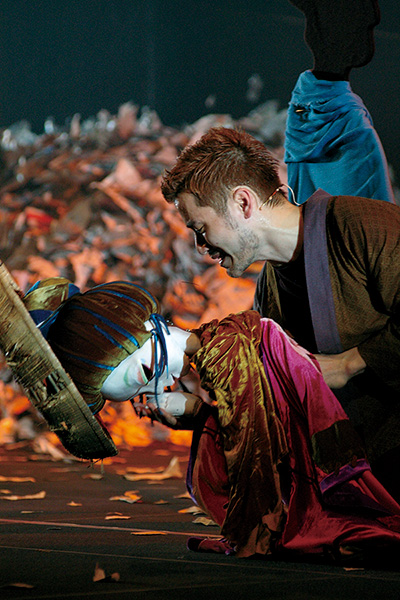 The Ballad of Orin

Jo recreates Tsutomu Mizukami’s tale of a doomed love affair between the poor blind minstrel Orin and a military deserter in early 20th-century Japan. Jo uses numerous puppets to represent Orin at different stages of her life as well as playing multiple characters using his own body in a unique blend of puppetry and acting, with scattered newspaper as his motif. An achingly beautiful tragedy performed to Jo’s own score. 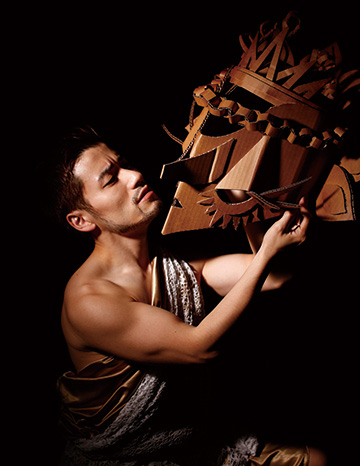 Puppetry becomes the modern equivalent of masked theater in this timeless examination of the extremes of human emotion. The entire panoply of puppets, props and sets is made of cardboard in a monotone motif evoking ancient Greek sculpture, presented in Jo’s inimitable style. The evocative Baroque music was specially selected for this work by French virtuoso Sébastien Marq. 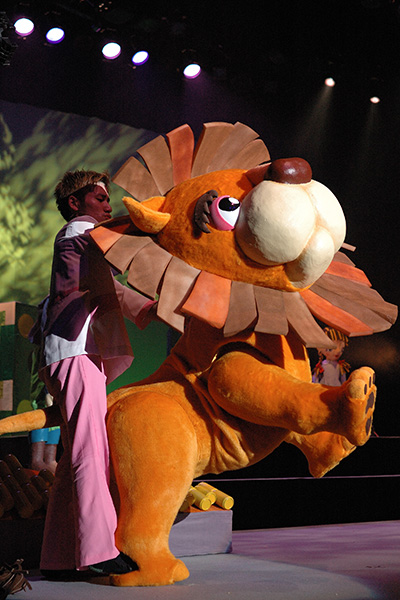 For Children and families

The Wonderful Wizard of Oz

Entire theater is a stage in this dynamic spectacle

This highly popular production, a regular visitor to Tokyo’s New National Theatre, tells the fantastical story of Dorothy and her friends in grand and colorful spectacle. Jo’s fine delineation of over 30 characters and his dynamic direction will upend your perception and expectation of puppet theater. Performed to a joyously melodious original score. Designed for audiences of all ages, Oz is perfect entertainment for the entire family. 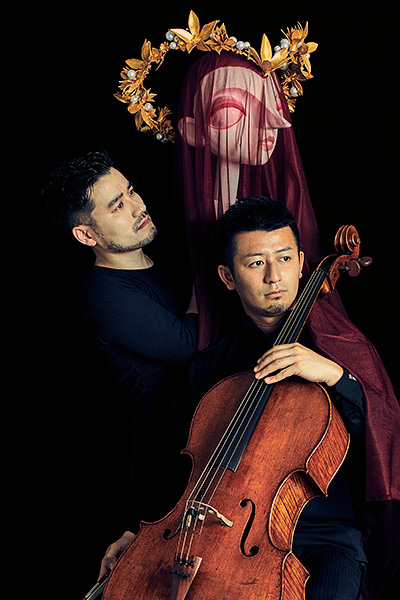 Wilde’s tale of obsessive desire is given new expression by Jo’s artistry, highlighted by a breathtaking Dance of the Veils. The show is played to various classical pieces selected by the famed cellist Dai Miyata, who leads a sumptuous four-piece chamber orchestra. Specially commissioned by Tokyo Bunka Kaikan, the show has won wide praise in performances across Japan.